Friday Night Firefight Club ran its SAGA variant Zulu game today in Tonbridge. A super day with a big thanks due to all of the folks who came along and joined in. 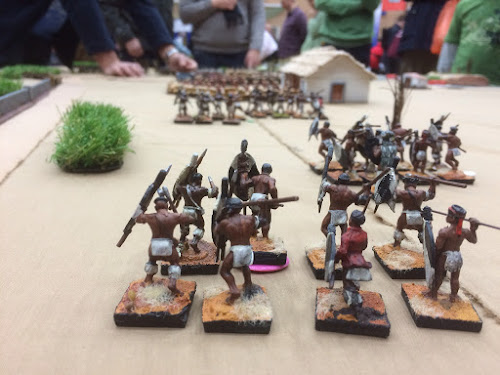 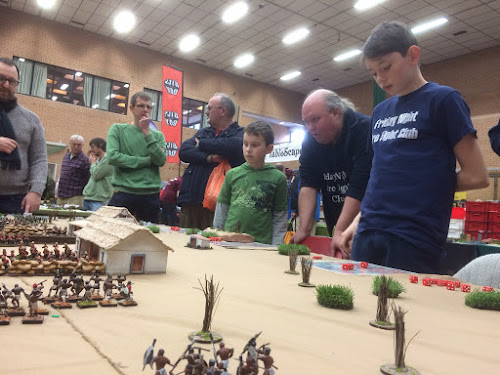 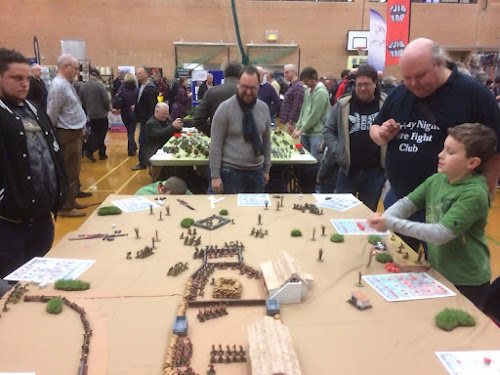 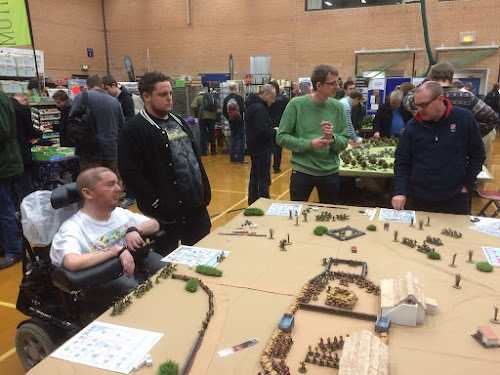 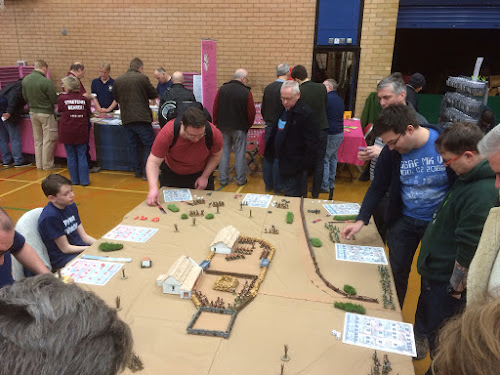 The British managed to fend off wave after wave of Zulu's, but despite Mr. Nicholson shouting

"Stop throwing those bloody spears at me!"

The Zulus did indeed lob spears in his direction resulting in a Welsh pincushion and the infirmary going up in smoke... All was not lost though as Mighty Kyle, forced as he was to retreat from the burning barracks, kept rolling those 6's (much to the continued amazement and cries of 'loaded dice' from certain Zulus) and finally won the day.

Splendid stuff and I even came home with a few quid left in my wallet...

It's been quiet on here for the past few weeks, but fear not games have been played and terrain painted!. At last, I have finished my Ancient Briton village for Hail Caesar. 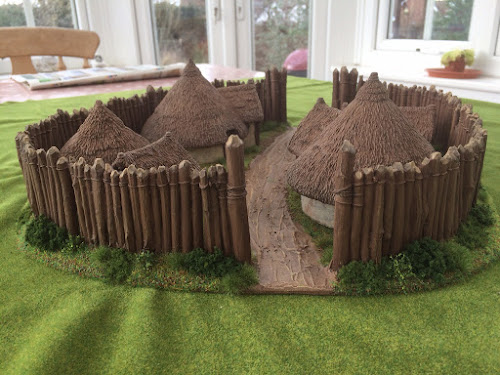 In the end I decided to fix the palisade fence in place. The buildings and gates are all removable though which means I can use them as part of a larger town, hillfort or simple farmstead. 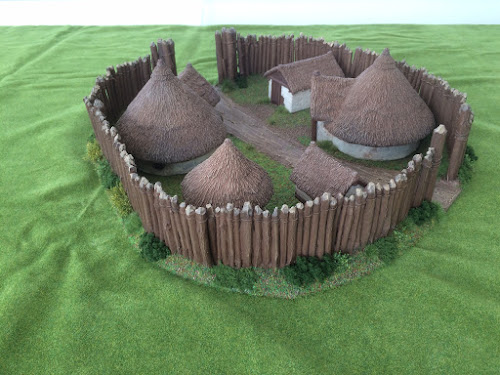 The buildings are all manufactured by Hovels, whilst the fence was supplied by Scheltrum Miniatures (who's web page sadly no longer appears to be available).

Next up, I need to finish those corner woods!