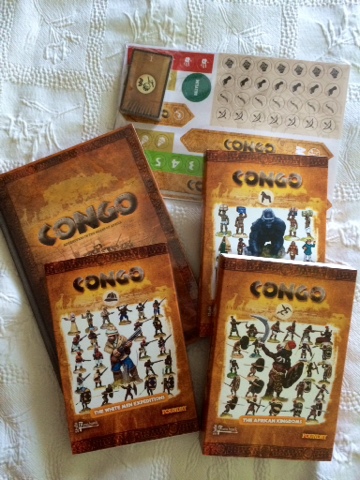 Pyramids of Mars - The Priory Hides the Truth 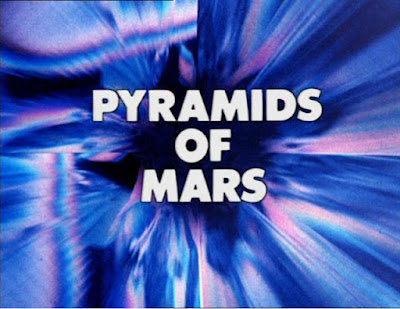 "It was hideous Doctor!"
Sarah Jane flinched as she remembered the image of the jackel that had, just moments ago, filled her mind.
"Something's going on contrary to the laws of the universe. I must find out what!"
The Doctor moves to the consol of the TARDIS and plots a new course. A new course to Earth. 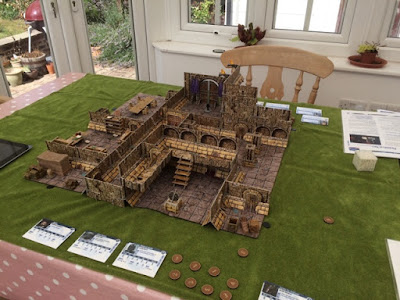 The Priory is a rambling building set in the heart of the English countryside. There is a loud knock at the oaken front doors and Collins shuffles to the hall. 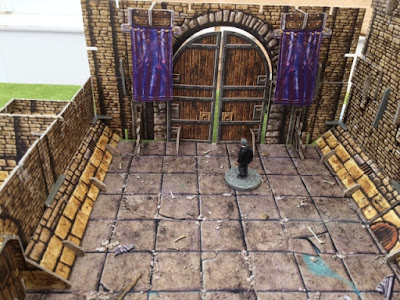 Before he even opens the doors Collins can hear Doctor Warlock's exasperated demands
"Where is he? Where is Marcus?" 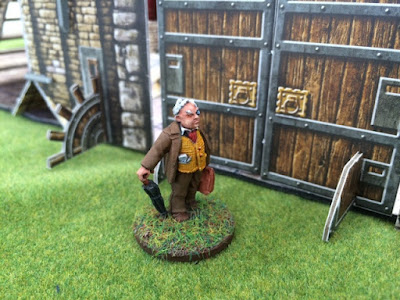 Warlock bursts into the hall and frantically starts searching for clues to Marcus Scarman's disappearance. 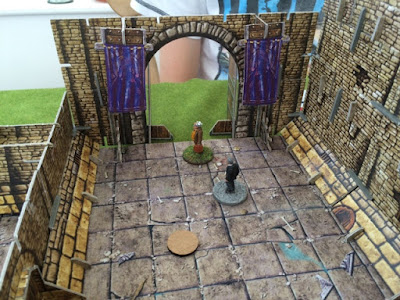 A swooshing sound heralds the arrival of a blue police box. As the Doctor and Sarah Jane emerge from the TARDIS they look around and find they are in a store room filled with boxes and Egyptian artefacts.
"What's that noise?" exclaims Sarah Jane.
A scraping noise comes from the stone sarcophagus. 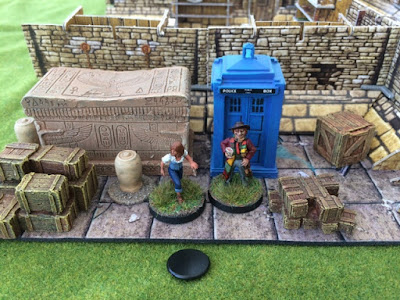 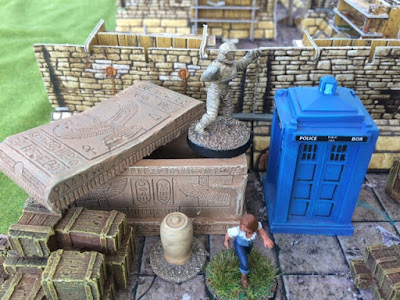 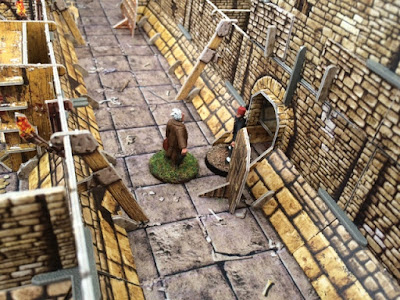 Meanwhile Warlock heads down a corridor searching for clues that may help explain the disappearance of his friend. As he opens a door, he is surprised by an Egyptian gentleman wearing a red fez.
"Good gracious, who are you?"
"I am Namin and you are trespassing". Namin draws a revolver and fires. But his shot is wide and Warlock flees, with Namin in hot pursuit. 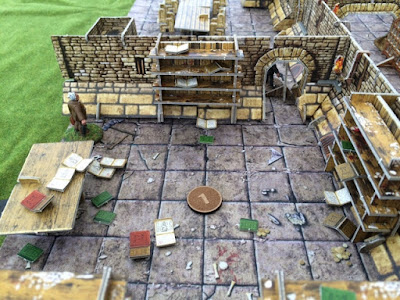 Warlock finds himself in the library. Books lie in disarray as though somebody was hastily searching for something.
"What is this?"
Dr. Warlock picks up a strange plan that seems to reveal the presence of an ancient Egyptian god under an ancient pyramid. 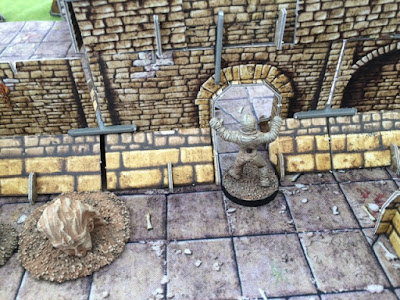 Elsewhere Collins the butler stumbles into a room and finds himself confronted by a mummy! Screaming, Collins turns and runs for his life! 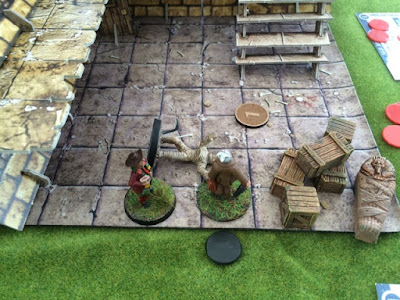 Escaping Namin, Warlock continues his search of The Priory. Soon he is joined by The Doctor. But in the corner of the room another sarcophagus opens revealing yet another mummy.
"Watch out!" shouts The Doctor.
From beneath his coat The Doctor pulls his sonic screwdriver and takes aim. The mummy crumples to the ground, stunned. 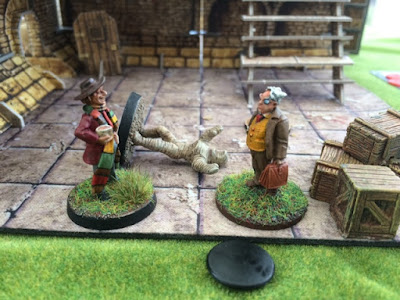 "Jolly good job!" declares Dr. Warlock.
The Doctor grins, "Fancy a jelly baby"
"I say Doctor, these plans are interesting, but I believe we'll be safer somewhere else."
"Good point!" Exclaims The Doctor, "Now where on Earth is Sarah Jane?"
A loud scream can be heard from a nearby corridor... 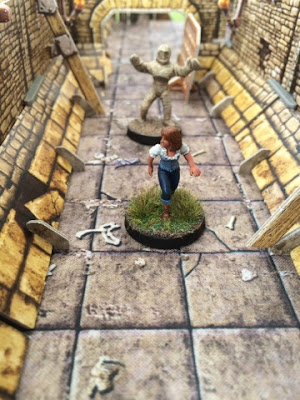 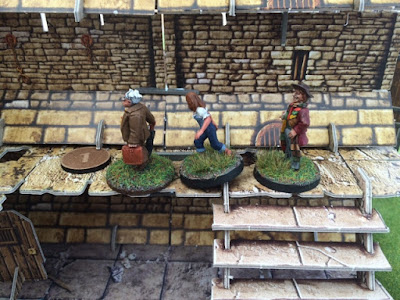 "Come on!" shouts The Doctor, "No time to lose! Collins has shown us a way out, through an old priest hole on the balcony." 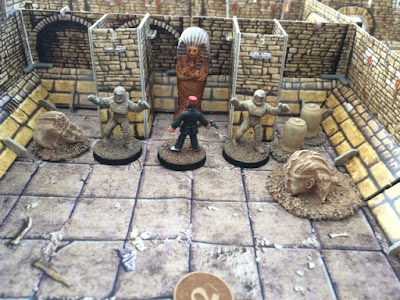 Namin summons his servitor robots and stands before the communication device.
A rasping voice demands
"Find them!"
Stay tuned for Flight of the Intruder!
Posted by Lee at 17:20 6 comments:

Email ThisBlogThis!Share to TwitterShare to FacebookShare to Pinterest
Labels: Battle Report, Doctor Who

Something is Very Wrong...

"Something's going on contrary to the very laws of the universe" 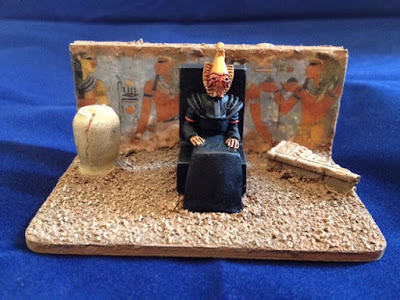 Beneath an ancient pyramid something stirs.

I usually write blog posts on my iPad using software called Blogsy. Unfortunately it hasn't been working properly for some time and I've not been able to post anything.

So here's a quick post  using Blogger itself  just to show some Norse Gael warriors I recently finished. These warriors are armed with javelins. I tend to paint javelins in a lighter shade than spears. This helps to more easily distinguish them on the gaming table. The logic is that javelins are newer and therefore made from more freshly cut wood.