I Do Like the New Terrain Set Up Rules... 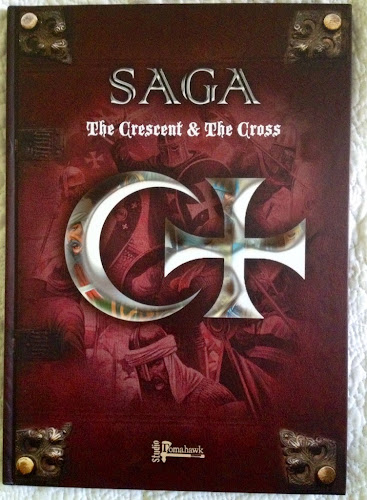 There are no dramatic changes to the main SAGA rules, but it's good to have all the tweaks and corrections now available in a single volume. A very nicely produced volume at that.

There are of course new factions, new scenarios and priests! The spoiler in the title gave away my favourite addition though. New terrain set-up rules that appear at first glance to be only slightly different than before, but will I think be well received by most players. The old table that randomly determined where terrain was placed is gone. Within certain constraints, players now choose where their terrain is placed. Terrain placement is going to become more strategic, with players better able to position woods and inclinations to block enemy archers and slow down advancing cavalry (there are still no hills - only 'inclinations'. But that's a whole new blog post...). If horse mounted units end their movement in uneven ground they gain a fatigue! Oh yes, my Anglo Danes like that one! A new terrain table means that players can attempt to move (or even discard) one item that an opponent has placed.

Really looking forward to taking this for a spin. I rather suspect that there may also be some camels on the horizon...