There are five scenarios presented in the original campaign by Gary Chalk. Since I've had plenty of time for preparing future games this year (hem!), I've expanded upon this somewhat. However, to keep things manageable I've tried to use the same selection of units arranged in different compositions and numbers. 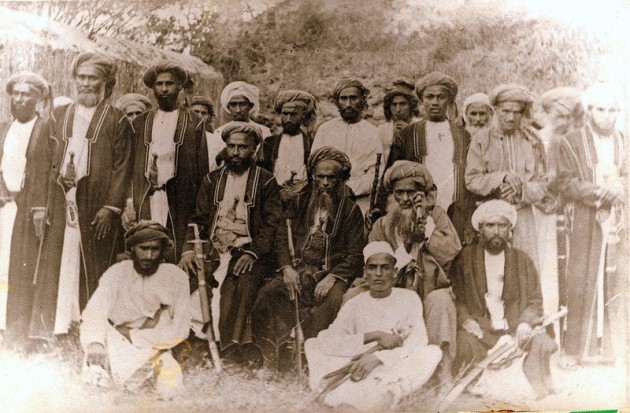 The slaver field force presented in MWWBKs (pg. 60) consists of unmodified irregular infantry and irregular infantry equipped with Antiquated Muskets. In Wilkinson’s Campaign these are represented by Askari Free-men and Poorly Armed Askari Free-men. To increase tactical options and to try and replicate the forces described in WI, I’ve also created units based on Zanzibari, Baluchi and Ruga Ruga. Where-ever possible I've upgraded or downgraded units using the options available in MWWBKs. But to give additional flavour to some units, I've added a few new traits of my own.

[Design Note: The Arab slaver units are loosely based on the forces described in the original WI article. I’ve attempted to make the units tactically varied and interesting while keeping to historical realism. I’m not sure the Baluchi would have really been found in separate units as presented here. However, I decided to separate them to provide tactical options and because I like the different Foundry figures!]