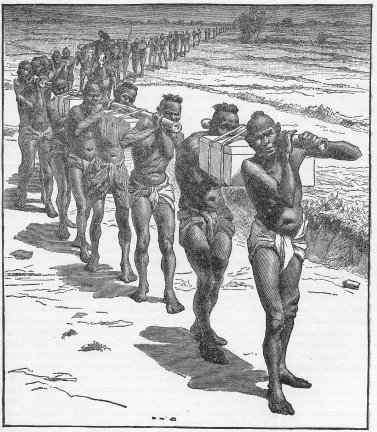 At the start of the campaign Wilkinson can take one baggage unit for free for each eight points of field force. Additional units cost two points each. The number of available Arab slaver baggage units will be defined by each scenario.

- Available actions restricted to Stand To, Move or Rally.

- Some baggage may be static. This should be represented by boxes, sacks etc that cannot be moved during the game.

- Cannot be shot at.

- Not required to take pinning test (but may receive pins in other ways).

- May not move if in base contact with unpinned enemy unit.

- Captured if unpinned enemy unit remains in base contact at end of turn (porters/pack animals are slain/scattered and removed from game).

- If captured by enemy, all friendly units take pin test.

- Worth 1vp to enemy if captured.

- Unless otherwise stated, all objects carried by baggage are lost if baggage unit removed from game.

Points: One baggage unit must be taken for free for each 8 points of field force. Additional baggage units cost 2 points each. 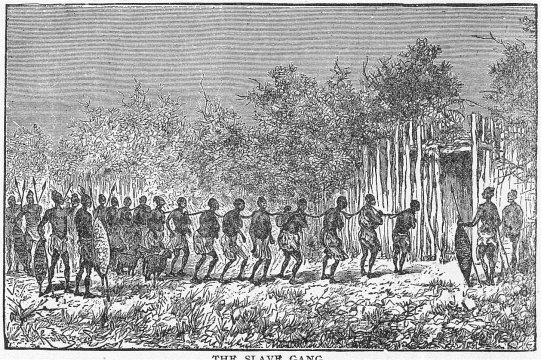 An Arab Slaver unit that engages in melee against a smaller enemy infantry unit may declare that it is capturing figures. If defender is defeated and passes pin test, no defending figures are lost and defender retreats as normal. If the defender is defeated and fails a pin test, no casualties are taken but instead all figures in the defending unit are captured. Regardless of which unit wins melee, attacker loses figures as normal. One or more figures from the attacking unit must be designated to guard the captives.

- Discipline increases by +1 for every 2 guard figures up to the guards’ base discipline value.

- Not required to take pinning test (but may receive pins in other ways).

- Available actions restricted to Stand To, Move or Rally.

- If attacked, only guards engage in melee. If defeated, all captives immediately disperse and are removed from game. Any surviving guards revert to normal units and receive pins as normal.

- Cannot be shot at.

- May exit the table without penalty.

- Freed if unguarded. Freed captives immediately disperse and are removed from the game.

- Worth 1vp to enemy if freed.

[Design Note: Captives represent a special type of baggage unit. They introduce an interesting option for the Arab slaver player, particularly when facing units accompanied by one or more special characters.