My unfortunate episode with the broken figures has now been resolved. Previously I've commented on potential problems when using PayPal for purchases. Well I've learn't a few more things so thought I'd share my thoughts,

These photos illustrate the figures I was buying from a private seller (not a company). 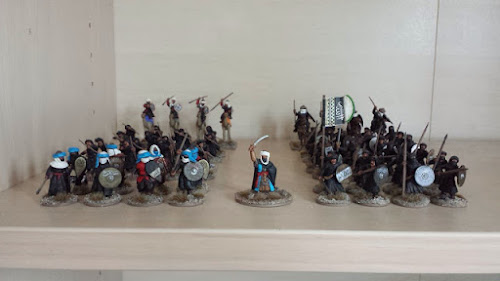 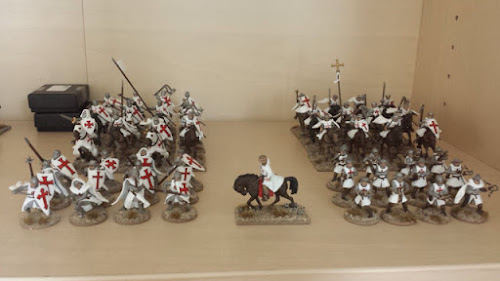 £235 including postage (the deal included both sets of figures, a book and two lots of SAGA dice). I think you will agree the figures are nice. Painted to a very reasonable tabletop standard.

Unfortunately this is what arrived. 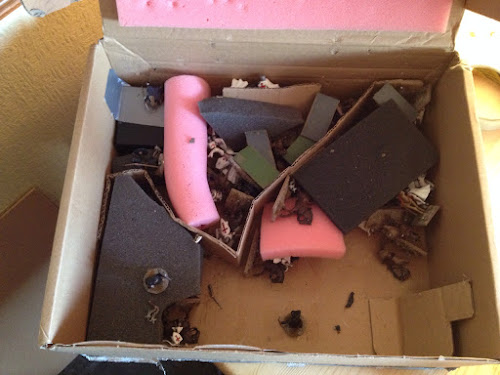 Many of the plastic figures were broken with missing arms and snapped spears. The metal figures were in an even worse state: broken, bent and very chipped.

The seller thought they had packaged the figures to an acceptable standard. The exterior of the box was undamaged. Personally I would have wrapped everything within the box in bubble wrap... But that's neither here nor there, neither the seller nor PayPal disputed that the goods were not as advertised.

Using both direct email and the PayPal dispute resolution tool I requested a full refund. The seller made a claim against their local postal service and delayed agreeing to provide me with a refund until they had received feedback on their own claim. During this delay I contacted PayPal twice, using their recommended feedback form, requesting information on my claim. The auto response promised my query would be dealt with within 24 hours. But I didn't receive any response to my requests. Sorry, I did receive one email. A request for feedback on how I rated their response to my enquiry! Well since I hadn't received any response, you can imagine how I filled that form in...

After a week or so the seller contacted me to say the local postal service had given him the ok to have the goods returned. However, he also told me that he had been in discussion with PayPal who told him that whilst they were going to find in my favour they would only issue me a refund after I had returned the package - at my own expense.

I looked into this and it appears it is normal PayPal policy to only issue refunds after goods are returned. Fair enough, credit card companies typically demand the same. But PayPal claim they are unable to force sellers to pay for the return postage, despite it being a legal requirement (certainly in the UK and presumably across the EU). When I've received faulty goods from Amazon, they have organised a courier to collect.

So I paid for the return postage (nearly £30). The seller asked if I'd sort the figures to separate the plastic from metal. To be honest I was reluctant to mess with them too much (I didn't want to be accused of making the situation worse). However, I did wrap the metal figures in bubble wrap and added enough extra bubble wrap to the box to stop things bouncing around too much (remember - there was no bubble wrap in the box when it arrived). All at my own time and expense...

Once the seller confirmed receipt (politely, thanking me for the wrapping), the refund was made. However, the seller pointed out that according to PayPal the seller was not responsible for paying for the return postage. I politely asked to be reimbursed and, to cut a long story short, the seller offered to pay 50% of the return postage costs. Since my only other option appeared to be initiating a potentially expensive claim in the small claims court, I agreed. So after all that, I am out of pocket by about £15. I shouldn't be out by anything, but there you have it. It could have been much worse.

The message I want to get across here though is that despite PayPal claiming that they protect buyers, PayPal will only provide refunds after goods have been returned - at the buyers expense. Once the seller confirms goods have been returned, PayPal closes the dispute. PayPal will not help buyers to recover return postage costs. Heavy items sent by international courier can cost a fair bit to post and you the buyer will be made to pay with no guarantee that these extra costs will be refunded. Clearly this is at odds with the Trade of Goods Act.

Whilst I will continue to use PayPal when making purchases through eBay (who deal with return postage differently), until PayPal change their policy on return postage costs I will no longer use the company to make purchases of expensive items. I recommend that others do the same.