Somewhere close to the coat of Kent in the 9th Century, monks awaken to a fine day and prepare for their daily chores. In the distance an eerie mist rises above the creek. Suddenly the head of a great serpent appears and harsh cries shatter the morning peace. The terrified monks gather their precious relics and frantically sound the alarm. A small group of poorly equipped warriors scramble to the monk's aid from a nearby village.

But it's too late the Northmen have landed! 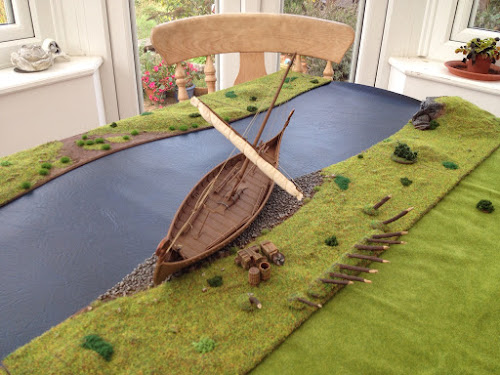 The heathen raiders rush towards the Monastary, brandishing both axe and torch. 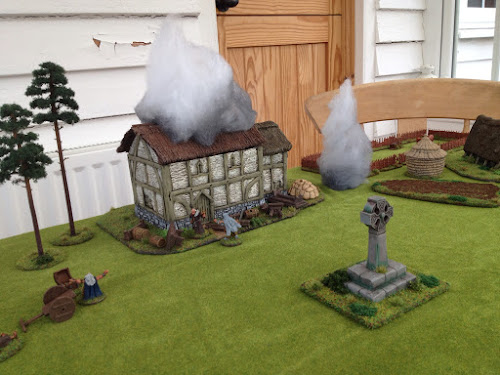 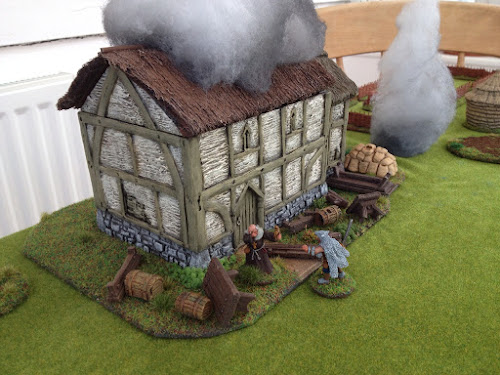 The Monastary is set ablaze and it's wealth plundered. 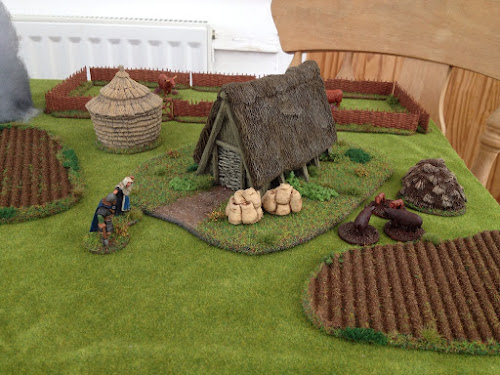 Defenceless villagers are dragged from their homes and the Northmen start to feast and drink and count their loot...

But as night falls something stirs.

Something long forgotten is woken by the smell of blood and death. 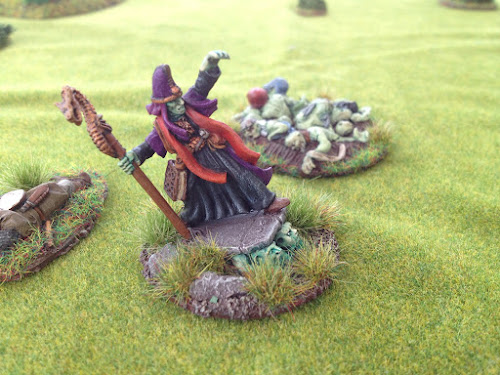 An ancient being rises from the ground and starts to chant dark curses. The ground stirs and undead hands claw their way to the surface. 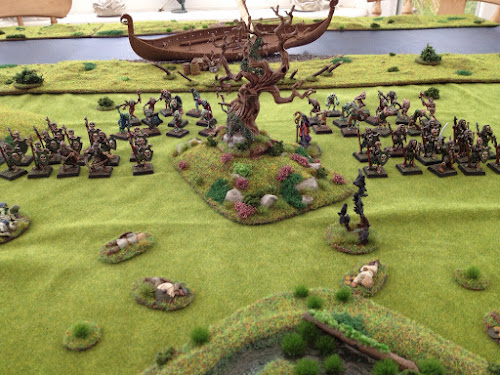 The dead have arisen and they now crave for fresh meat! 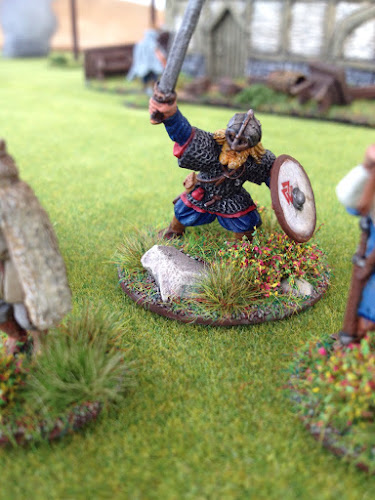 He shouts to his men and they gather into a Shieldwall before the burning Monastary. 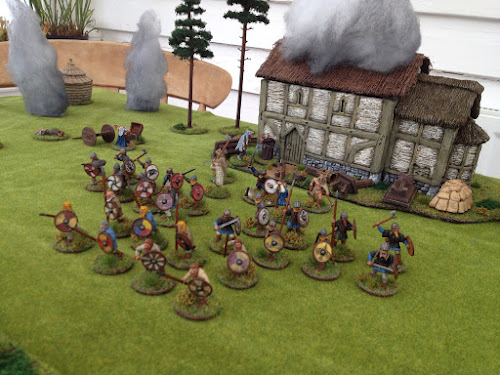 Telling his men to gather their spoils, the warlord looks across the marshes. 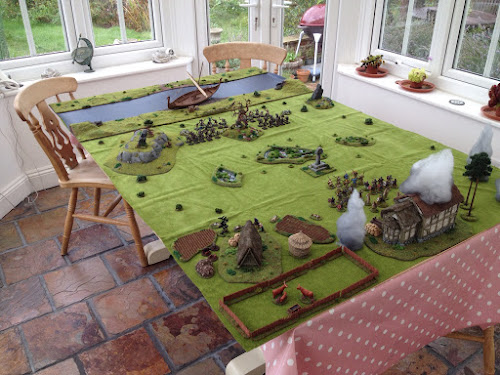 Will they be able to Get to the Longship?

Come along and meet us tomorrow at SELWG to find out!