May the Force Be With You!

Kyle and I had another game of X-Wing on Saturday. This time though, we were able to use the shiny new battle mat that I purchased at Broadside. 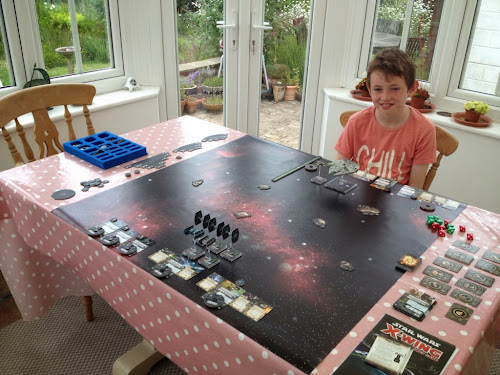 I played a Tie swarm, with 3 tie fighters, a tie bomber and tie advanced (with Darth Vader) against Mighty Kyle's rebel force. 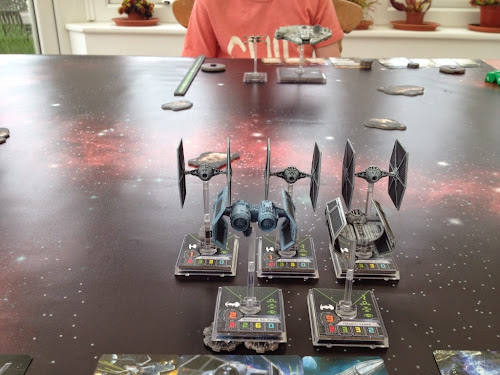 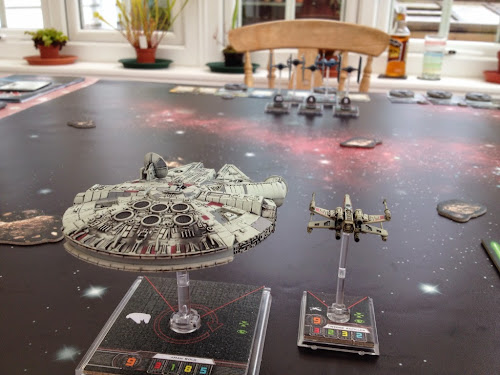 The rebels consisted of Han Solo in the Millennium Falcon and Wedge in an X-Wing. The rebels might look outnumbered but it was 100 points each.

The force was stronger with the rebels. Despite loosing most of their shields and the Millenium puffing along with only a single hull point left, the Rebels destroyed the Imperial force - Vader's ship was hit and spun off into the ether, but will return to fight another day... 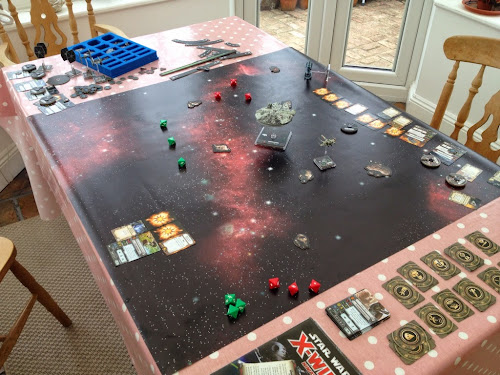 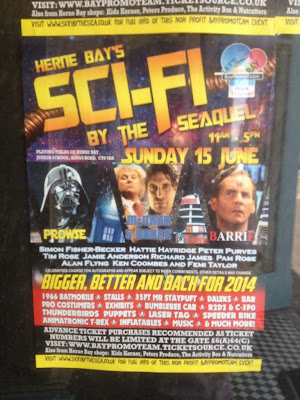 Since today was Father's Day in the UK, I had a free pass to visit SciFi by the Sea(quel) at Herne Bay. Lots of Star Wars and Doctor Who stuff, along with some great costumes - including a bat woman who made me blush! And a very tall C-3P0 ;-) 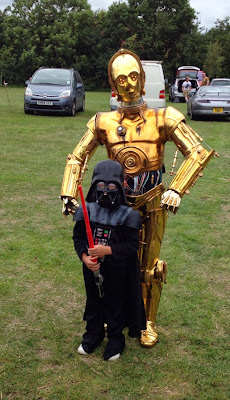 We had a fantastic day and managed to bag some great autographs, including one from David Prowse (yes the REAL Darth Vader!) and the 8th Doctor, Paul McGann. 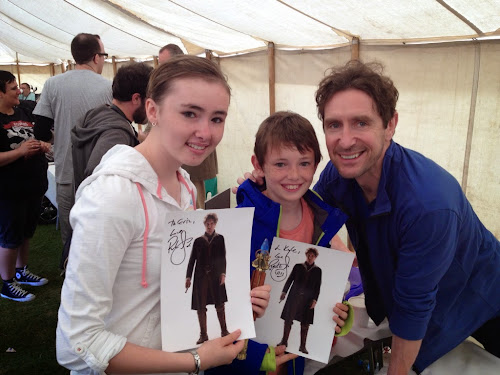 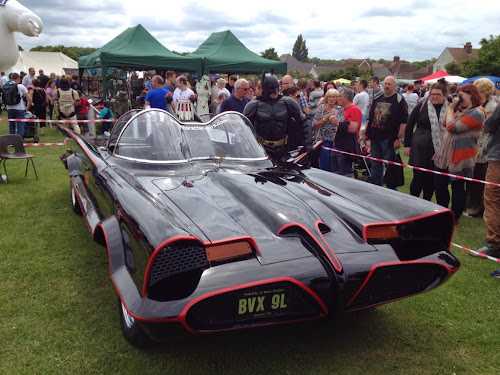 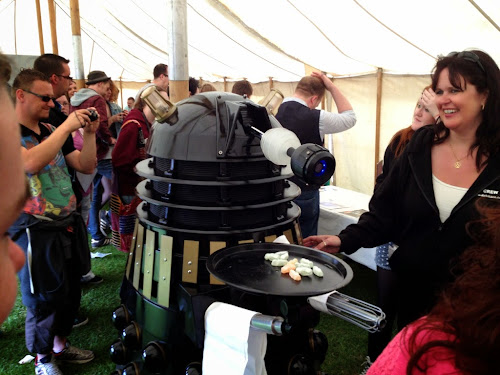 Jelly Babies will be EXTERMINATED!

Tired but happy, we went home to watch several episodes of Doctor Who!